I always feel a huge sense of accomplishment when I have spent a few hours cooking something that I can eat or use as a base for other dishes for the rest of the week. Last week, it was red kidney beans. I really went back to the basics with this one. I have cooked beans before, but Tuscan style, which means lots of olive oil and, for someone living in Thailand, expensive. I love that recipe from Tamar Adler’s book An Everlasting Meal. It was the recipe that made me fall in love with not just beans, but that kind of long, slow cooking.

This time, I cooked the beans on the stove with just water, salt, bay leaves, onion, carrots, and garlic. I had been careless with salt in the past week or so—oversalting everything from porridge to quinoa. And then my latest batch of beans fell victim to my overly aggressive seasoning as well. They were all still edible, but a little too salty for my liking. Luckily, I only oversalted one of the two pots of beans. And thankfully, I tasted the water right after I salted the beans (this recipe instructs you to add salt when the beans are al dente). I immediately tried to salvage it by adding water into the pot to dilute the salt. It helped a little bit, I think. Note to self: read the recipe more carefully and don’t rush! Salt is such a potent ingredient.

I also cooked the beans two ways, one with the lid slightly ajar, which yielded creamier and softer beans. For this batch, I ate it with a dollop of yogurt, fresh dill, and a drizzle of olive oil. I also turned it into a creamy bean soup. Just put some in the blender, add water and  coconut milk until you achieve the desired consistency and flavor (I like my soup thick with a hint of coconut-milk aroma). Top that with fresh dill to freshen up the flavor. 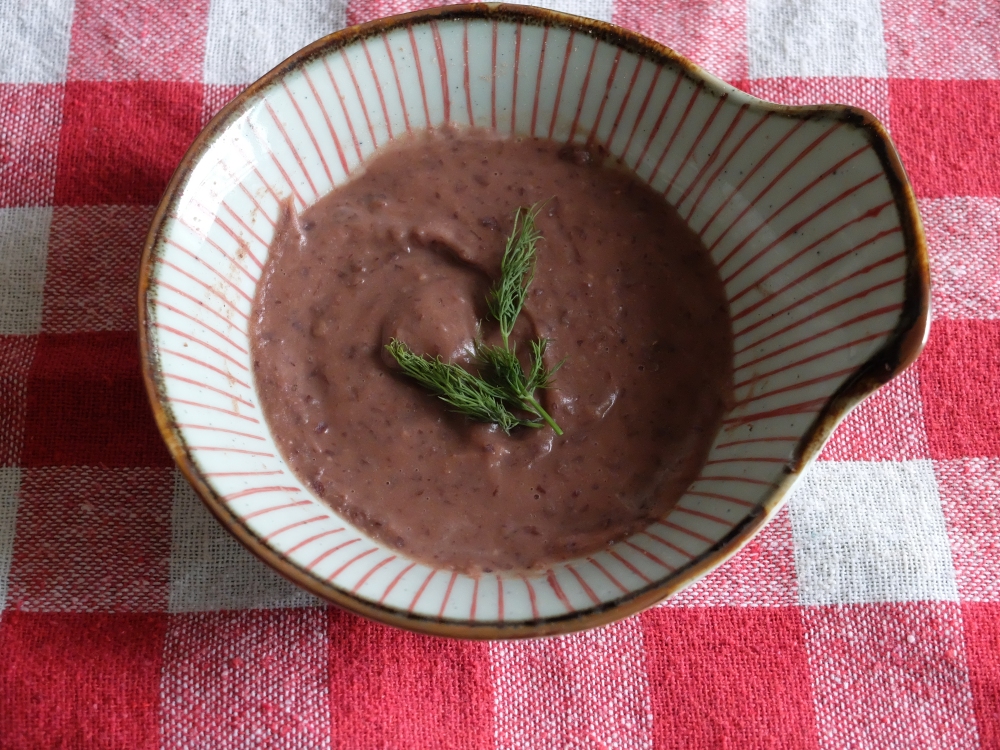 As for the other pot of beans—the one I oversalted—I cooked it more or less without the lid on for a firmer texture. I struggled with keeping both the pots at a very low simmer the entire two and a half hours, so I kept lowering and raising the heat and covering and uncovering the pots. But in the end, I succeeded in getting two different textures of beans. I actually like to just pop the crunchier beans into my mouth like potato chips.

Another thing I did with this batch of beans—since it was a little too salty—was to spice and sweeten it up. Riffing off this recipe from Serious Eats, I threw a ladle of beans into a pan with butter, cumin, cayenne pepper, cinnamon, palm sugar, and Worcestershire sauce. Cook over medium heat until it’s a little sticky. Have it with fried eggs and toast.